Why Facebook is more of a dystopian government, than a social media platform.

Facebook has the worst customer service of any site I have ever seen in my life. From their automatic responses days after contacting them, to them removing your account without any warning whatsoever, I haven’t seen such shitty customer service since Nigerian bank scams.

Facebook has a help section that is designed to work as a placebo button. A place where people can air out their grievances to like minded individuals also looking for help that never comes.  Many of the threads within the “Help Center” go exactly like this.

Now, while accounts with pornography, gore, child abuse and many other social taboos can stay up for months at a time with no intervention from Facebook, even when they receive hundreds of reports, you try doing business on Facebook without paying them first and you’re in for a long ride because…

If I asked you who knows the most about you, you’d probably say your mom, significant other, or best friend, right? Well, that couldn’t be further from the truth. Everyone you know probably has a Facebook account. Every social interaction, from private messages with family, to a comment on Taylor Swift’s new music video is documented within Facebook. They have all of your basic info like the government, but also every single one of your interests, hopes, dreams, locations you’ve been, where you live, your phone number, a listing of your family, and so on. People like to worry about cameras at traffic lights and talk about how 1984 is coming, well, it’s already here. Even worse, we crave it, and beg for it.

Now, while Facebook will say they never sell your information, as seen here, that couldn’t be further from the truth. Notice anytime you search something in Google, Facebook oddly has a targeted ad on the side of the screen, showing the very thing you were just looking at? Facebook gets paid for these advertisements, and targets you based on your interests to get these ads in front of you. If that isn’t selling your information, I don’t know what is. Consumerist did an article on it a couple years ago, very enlightening.

With that said, if you try to advertise or run a business out of Facebook, they will do anything they can to shut you down. They will remove likes on your page(even from legitimate accounts), shut your account down without warning until you prove you’re a real person with a government ID(They need to make sure their ads aren’t wasted on bots, don’t be fooled into thinking it’s for your safety like they say), and post block you. The reason for this is, they want you to pay for the advertising.

3. If you put anything on Facebook, they own it.

You know that picture you put up last week of the amazing burrito you got from Chipotle? Yeah, Facebook owns the rights to that image, along with every post you have ever made. They can use your images to advertise, and often do. Think about that the next time you upload an image of yourself, you might just end up on a Valtrex ad in Japan. An article here describes in detail how badly this can go for some folks, and how others have made a living off of stealing your stuff.

Facebook can even track things you have typed but haven’t published. You know how sometimes you type something in a moment of anger and then delete it to spare yourself embarrassment the next day? Facebook owns that too. If you think you can escape it by going to another site like Instagram, you’re wrong.

4. They have more money than a lot of governments.

Did you know Facebook was worth more than Exxon? What about Walmart? Would it surprise you to find out that Facebook has more money than Portugal? Want to guess how much you’re worth to them? Facebook has the money and the power to topple entire countries, and while we are the entire reason for their success, Facebook has nothing in place to give us any support.

Facebook goes out of its way to manipulate your newsfeed so that you see what it wants you to see. It reserves the right to determine what is “acceptable speech” and will delete anything it sees fit. They have even changed their algorithm to favor original posts as opposed to business minded posts. Meaning, sometimes you can post things, but it doesn’t mean people will see it. Anyone that admins a page is probably aware of that by now. Whatever you post on your page seems to get a lot less attention than anything you post on your timeline, which goes back to the fact that they want you to PAY for advertising.

6. It’s a platform for left wing nut jobs to push the PC agenda.

A lot of people, myself included, thought that freedom of speech would be killed by right wing conservative wackos pushing their religious beliefs onto the masses, and passing more and more restrictive laws against the common folk. However, that’s not the case. Freedom of speech is being killed by the “everyone gets a hug, and everything is a hate crime” way of thinking that has arisen in the last couple of years. 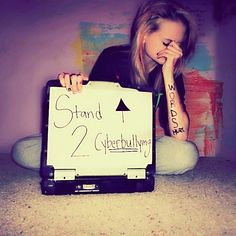 Facebook is a place where everyone gets to have an opinion broadcasted to the masses, and of course, many of these opinions are flat out bullshit, but that doesn’t stop people from clinging to them. Facebook has created an era of loneliness, a place where you can have 5000 friends, but still not feel connected. So people come up with more and more “causes” and reasons to be upset. A long time ago people figured out that if they had something to get angry about, they would never be alone. People will cross mountains for a reason to bitch about something. No matter how trivial the cause, people bring up some bullshit injustice they have faced, and thousands of people will support them just so that they can feel “a part of something” greater than themselves. This has led to many changes being implemented in the real world outside of Facebook. Now while Facebook is not entirely responsible for the PC agenda, they are definitely a vehicle for the cause. I guess these people don’t see the irony in wanting to be able to speak out against anything they want, but also wanting to remove words from people’s vocabulary because they might hurt someone’s feelings.

7. Mark Zuckerberg is a cunt.

Mark Zuckerberg wants Facebook to become a second internet. He has even said that he hopes Facebook will become like electricity, essential to modern day life. Which, with their customer service and lack of giving a fuck in general, you can see why Facebook being a basic necessity might be a bit of a problem. He has also hacked into the emails of rivals and journalists. If that’s not enough to convince you that he isn’t exactly an advocate for privacy, he claims that “there is no reason to fear evil A.I.” Though, that probably has something to do with this. If their “search and destroy anything not relevant to our targeted ads” algorithm approach wasn’t flawless enough for them, perhaps a system that can think for itself, and knows the second something that isn’t beneficial to his pocketbook will be. Still not convinced? Well, he also thinks you’re all “dumb fucks”.

You know why he doesn’t mind the fact that he called all Facebook users “dumb fucks” for trusting him to be out there and floating around on the internet? He knows we will continue to use Facebook. After all, it’s pretty much like electricity now.