Okay, so this week I am interviewing my first male author, which of course will make things a bit interesting. Hope you guys enjoy Aaron Speer!

I updated the format a bit to make it look a little cleaner. =)

Question 1: So, being you are my first male author, I see a lot of women are constantly complaining about receiving random cock pics in their inbox, how many random vag and tit shots do you get?

Unfortunately I am in the boring category, being that I get no vag and tit shots. Perhaps I’m not good looking enough? It’s quite a blow to the ego. What I DO get, daily, is friend requests from women with few or no mutual friends. These people will wait a few hours, or a day then start up conversations. A few have requested cyber sex after (supposedly) reading my books. One lady (I think) claimed that my character Dante was who she thought about when screwing her boyfriend. She said that having me would be as close as she could get, so how about it? I said thank you but I’m married. Her response? That’s ok, I don’t want to marry you. Just fuck you. Others have quite obviously been a scam and wanted to show me their private web cams. For a fee of course.

Question 2: Well that sucks. I only get tit and vag shots, no cyber sex. =( I think I’m going about this the wrong way. Does your wife ever get jealous of the attention you receive from endearing fans?

Not really. She’s very happy that I’m following my dreams and getting tremendous feedback. When it comes to the crazies and weirdos I’m always up front and show her what I get. At first it freaked her out, now? She laughs and tries to guess whether they are really a guy and which sub country they are from. She’s met some of my true fans (online) and a lot know her as Ash. She’s not a big reader but helps me out wherever she can. It’s tough when you have to share someone with their *other* passion, but she does an amazing job.

Question 3: Trust me, I get it. So, there is obviously a day to day “you” that you are around your family.  Is your online persona more of a character, or how you are true to life? Clearly we all have to censor online, but that’s not what I’m talking about.

Actually no. I am who I am. What the readers see is what they get. The name on my card reads Aaron L Speer. I never really considered a persona for myself. I understand why some authors do it, and that’s fine. As for me, I wanted to be true to myself and say “I am who I am and this is what I’ve written”. To create a persona would take so much effort on my part, so much energy to remember “Oh ok, I’m this person now, I can’t say things like this…or this…” etc and honestly I just couldn’t find the time to be bothered with it. I enjoy interacting with the fans. To hear or read someone say that your book was amazing, is the dream of most indie authors. And I like the fact they know they are talking to me. Same name, same guy as the one on the cover. No coverups. No tricks. The books contain violence, sex and gore but they do not make the entire story. Some if my friends and family have read them specifically because of the above and given me ribbings about it afterwards. Bastards lol You take the good with the bad.

Question 4: For the sake of equality, I have to hit on you, since I’ve hit on all the ladies I’ve interviewed. You have cute eyes. With that out of the way, if you had to bang a character from your books, who would you choose? Twist: It has to be in front of your wife.

Why thank you. Your jaw line looks like it was sculpted by Grecian maidens in honor of the Gods. With that out of the way, I’d have to say Alex. She isn’t the hottest character i have, nor is she a vampire. But she is the sweetest, and she’d make the wife feel ok with it. The others would probably chain her up, ravage me to the point of breaking my spine and/or kill her.

Question 5: *Blushes* You write about vampires, werewolves, and other paranormal type things, have you always been into that? Or does it just make for a better fuck story?

Nope always been into them since I was a kid. Way too young to be watching those movies but i still did it. I always wanted to write and had a few ideas but nothing really concrete. Then Twilight came out. And turned vampires into nothing more than shiny, animal killing pixies. Wolves that seemingly changed when they cracked a boner and never wore a shirt. Just because. Although I loathe and detest that series it did help set me up on my path to writing my version of the Paranormal ship.

Question 6: What is the weirdest thing you’ve ever gotten a boner to? For me, it was randomly watching “Legends of the Hidden Temple” when I was like ten when that statue thing was talking. I’m not proud of most of my boners come to think of it.

That’s easy. Bram Stokers Dracula. Was only about 11. The scene where he assumes wolf form, lures Lucy out in the garden in the raging storm and then ravages her on a stone bench. Winona Ryder chases her and finds them. Lucys moaning like a champion, having her hips lifted by this beast and then he bites her neck. It was one of my first tastes of seeing a woman just taken with no care, no real feeling. Dracula fucks her because he can. But really that was the weirdest thing. Watching a woman getting fucked senseless by a werewolf

Question 7: So you said your wife is friends with a lot of your fans. Gun to head, which would she give you a hall pass with?

None! Lol. I said she was understanding but possessive as all hell. Gun to head? She’d say to shoot me lol. Probably my PA Lisa? (Oh god…sorry Lisa)

Question 8: If you had to choose between being a werewolf or a vampire, which would you pick? Twist: You get all of their weaknesses, none of their strengths.

Have to be a vampire. Best thing about wolves are their strength and healing. Without them they are just hairy homeless lookin weirdos.

Question 9: Gun to head, are you #TeamJacob or #TeamEdward? Twist: You have to let the one you choose have sex with you.

Ugh. Fuck you. *ahem* sorry just slipped out. Team Jacob. He’s warm, alive and I’m pretty sure given Lautner played him he’d take not give.

Question 10: Okay, when the werewolves bang the chicks in these books, is it in human form or wolf form? If they are in wolf form, do they have like red dog boners, or human boners but a dog body?

The only sex scene in the book with a wolf is in his human form, as he changes after they both fall asleep and leaves her in bed to kill. Normal, yet sweaty sex. They do though, or can have werewolf sex which is obviously much more violent. But still the members remain the same. Human boners with a massive, hulking body. Unless you are packing serious heat, it’s a disadvantaged optical illusion for most of them.

Question 11: Do you have a book that you’ve written that you like less than the rest?

Yes. My first. Scorpious. Absolutely atrocious and my first lesson in scams in the publishing industry. I’ll be re releasing it soon under a new title. I sent to to Raider Publishing International, a vanity press that is now known for fraud and scamming authors. A harsh lesson in 2008 when I knew nothing about publishing.

Question 12: Obviously our characters take on our traits, since we write what we know. Which of your characters share the most traits with you?

Nick I would say has a lot of my traits. He’s been hurt before, told he’s too nice to women. Yet he doesn’t let that change him. One of the nice guys, yet unfortunately in today’s world that seems a dirty term. Kindness does not equal weakness. Nick believes that, and so do I.

Question 13: If your wife told you to give up writing in order to stay with her, would you stay or leave?

Stay. It would be difficult. But she’s worth it.

Question 14: Would you rather dog scoot your ass across broken glass for a mile, or have a guy seductively finger you on national television?

Definitely the second one. Anyone who wouldn’t has never been seductively fingered by a strong, masculine, meaty hand.

Question 15: Well, Aaron, it’s been fun. Last question, do you jerk off before, after, or during one of your sex scenes?

Has to be after. I find I cannot write a good one unless I am supremely horny. It is quite distracting having a raging, pulsing, throbbing, angry, tightening…(you get the idea…) but it does click the sex part of my brain on. Without it, I’m puching keys like pulling teeth. “I guess…he’d…do that? Maybe? Then she’d touch…that? I suppose? Fuck…who actually has sex anyway. I wanna snack” With no sex for several days, my mind goes into primal mode. “Fuck yes…this is what I’d do…no HE. What HE’D do. That’s right you sex god, get in there. Your tongue is the Kracken, rising from the depths to bring devastation and crush souls! You are feared and revered! Songs will be song of your glorious appendage by all factions in the zombie apocalypse. Your legend will never die my lord! Taje control! She’s yours! She’s…” What was I saying?

Want to see more from Aaron?

Check out his book “Night Walker”, on sale for 99 cents here. 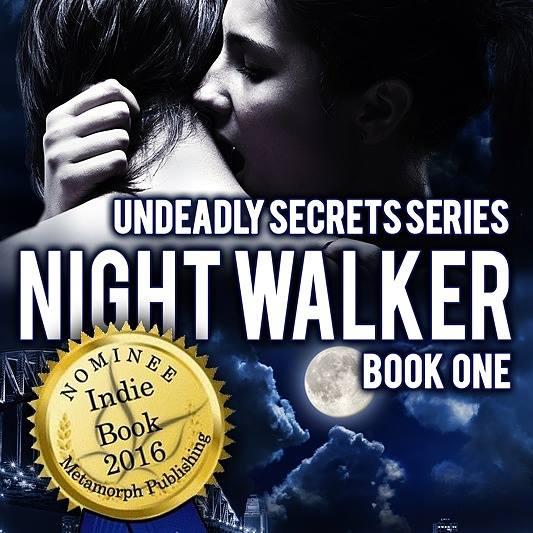